Dracula is one of the first early horror sound-film classics, which became an icon for many future vampire, thriller, and gothic films. The transition from silent films to talkies brought about tremendous changes and challenges for the film industry which in turn determined the way Dracula was produced. Filmmakers in the early 1930s possessed limited creative choices for sound, and only after 1932 did most Hollywood productions begin to include abundant scores.

In this context, Dracula (Browning 1931) belongs to the transitional period between silent and sound films. Dracula’s original soundtrack consists of only a few sonic elements: dialogue and incidental sound effects. Music is used only at the beginning and in the middle (one diegetic scene) of the film; there is no underscoring. The reasons for the ‘emptiness’ of the soundtrack are partly technological, partly cultural.

However Dracula remains a significant cinematic event. The music for this presentation Dracula is an attempt to “revoice” this cinematic curiosity. To that end, this new contemporary score will be sensitive to the original sound design and through careful placement, will become part of a larger, contextual composition. This creative approach explores the potential convergence of film sound and music, and for creating additional meaning beyond what we merely see on the screen. Our intention is to amplify, through musical and sonic means, the atmosphere of melancholy and dread that pervades Browning’s adaptation of Stoker’s masterpiece. 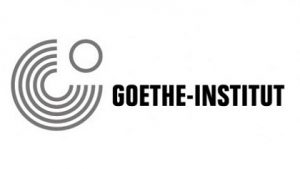